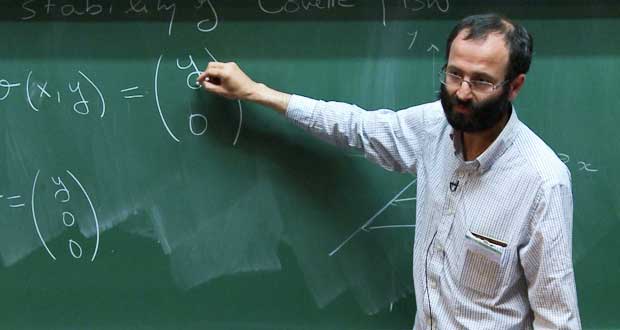 A first for Tunisia since 1989, Tunisian skills shine once again abroad.

Working for the Courant Institute of Mathematical Sciences in New York, USA, Masmoudi has been awarded for his « unmistakable work of depth and creativity » on the analysis of non-linear partial differential equations, but also for « his recent contributions with the rigorous and complete resolution of hydrodynamic stability problems raised at the end of the 19th century by the founding fathers of modern fluid mechanics ».

The awards ceremony will be held in spring 2018 in Toulouse simultaneously with the presentation of the 2017 Fermat Junior Prize.

Nader Masmoudi becomes the second Tunisian after Abbas Bahri to win this prize. The latter had gleaned in 1989 for his research on the introduction of new methods in calculating variations.

Nader Masmoudi also won the gold medal at the International Mathematical Olympiad in 1992, with the first Arab and African personality to succeed.

No votes yet.
Please wait...